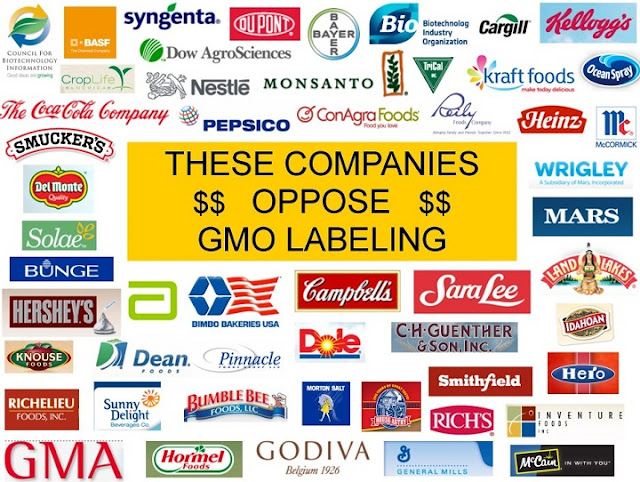 Numerous large food and seed corporations sunk over $46 million into the fight to defeat Proposition 37, which would have required food companies to list genetically modified ingredients on the labels of its products sold in retail stores. It would have also prevented the labeling of GMO foods as “natural.” The law would would have affected California, but because Californians make up 12% of the U.S. population, those Californian labels would have spilled over to other states as well. Currently food processors list ingredients, calorie, nutritional value and peanut content. Adding GMO ingredients to that list will benefit those who wish to steer clear, until GMO foods are deemed safe and healthy into the long term (yet many feel certain GMOs will never be proven healthy).

The record keeping necessary for the added labels will also help keep track of ecological issues such as gene flow between GMOs and the surrounding ecology, weed killer's affects, pest and superweed resistance and a host of other ecological issues that could potentially arise with rampant GMO use. This bill would have slowed down the influx of GM crops and help keep track of GMOs impacts.

All is not lost, as there is still hope. GMO Labeling Ballot Initiative (I-522) will be up for a vote in Washington State in 2013.

Currently Europe, Russia, China, Japan, Mexico, Australia and numerous other countries require that food labels list genetically modified ingredients. Why hasn't the the U.S. insisted on this labeling? Because many large corporations are fighting to keep the U.S. consumer in the dark. Let us know, if there are GMOs. We should have the right to know!

Companies and their donations to keep GMO off of labels:

Ironically most of the companies lobbying against Prop 37 have a stake in the organic industry. See that list below, it might surprise you.

BASF, Bayer and Syngenta are subsidiaries of foreign pesticide companies.

Organic (and some Natural) food brands owned by big corporations:

Dean Foods -  Horizon Milk,  Silk Soymilk,  Organic Cow of Vermont,  White Wave.
(Said to be in control of up to 90% of the milk market in many states.)

Private/Small Companies 'FOR' GMO labeling:
Only a handful listed. For a larger listing: www.carighttoknow.org 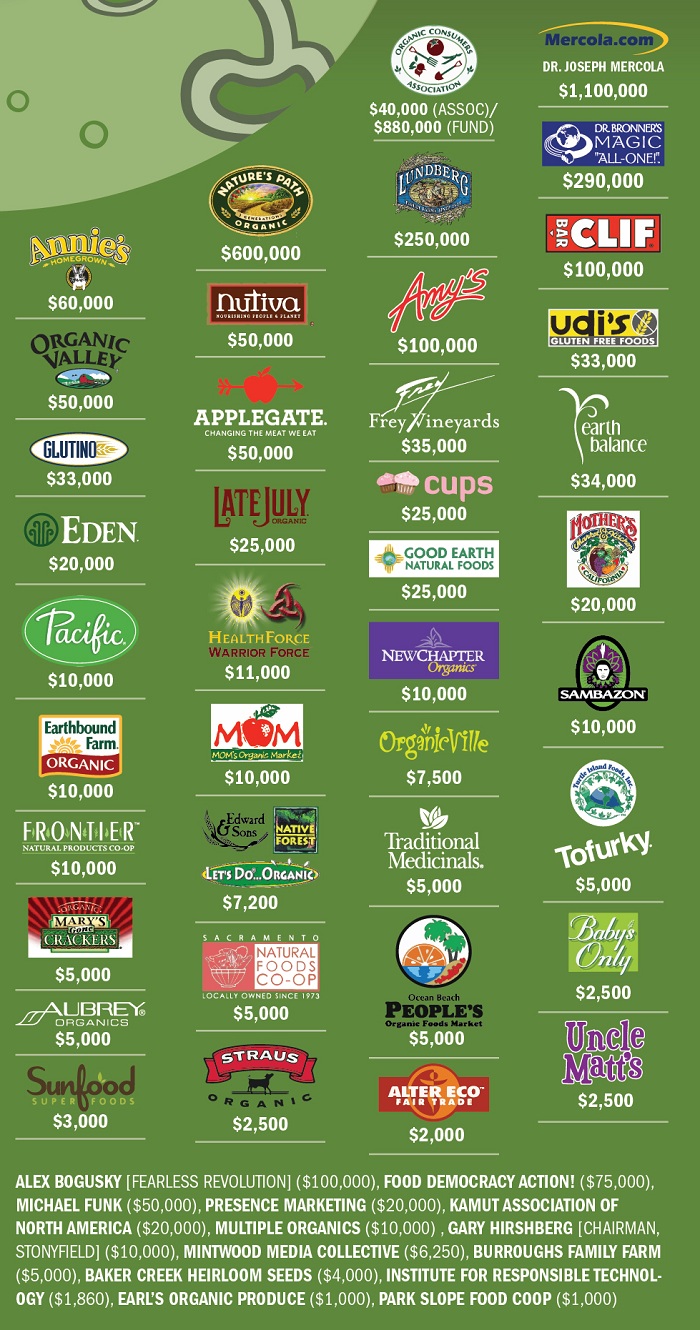 5 Ways you are Exposed to GMOs Without Eating Them

All You Need To Know About RoundUp (Glyphosate)